Growing Up a Navy Junior    I was born during the early post World War II years, 1947. I was the second try as my mother had a miscarriage something I only learned of very late in my life. That kind of thing was ordinary but just not spoken about. Glad my parents kept trying. The post-war mood of America was one of huge relief that the war was over and exuberance that the allies had won, and the future looked safer for all peoples. There was so much going on in the US with demand for workers and farmers to get back to building and producing, and to feeding the population. American industry and agriculture quickly became a major economic force involved in supporting and providing resources to the rebuilding of nations that had been devastated by the Axis countries in Europe and Asia. My father had decided to remain in the Navy and continue to serve as a Line Officer in the Surface Warfare branch. His assignment at the time of my birth was Aide to the Commandant of the Third Naval Distri
Post a Comment
Read more

Keeping Busy As A Substitute Teacher

October 06, 2021
Assignment recently in Civics class, 7th graders. Studying the American colonial days of the 1600s and early 1700s. I did some enrichment research to explain about indentured servitude. Introduction Although it most famously appeared during the 17th century as a means for facilitating transatlantic migration and providing labor in England’s early American colonies, indentured servitude has manifested itself in many forms during its long history. Indentured servants were individuals who bargained away their labor for a period of four to seven years in exchange for passage to the New World. In the 17th century, indentured servants made up the mass of English immigrants to the Chesapeake colonies and were central to the development of the tobacco economy. Large numbers of indentured servants could also be found in the English West Indian colonies, but they were replaced by enslaved African laborers by the end of the century as cash-crop agriculture (particularly sugar) and plantation sla
Post a Comment
Read more

September 26, 2021
September 26,2021  "At least one person was killed and 14 others injured  in a shooting yesterday at a Kroger in Collierville, Tennessee , near Memphis. The shooter was also found dead of an apparent self-inflicted gunshot wound, police officials said. So far, police don’t think there was an incident that led up to the shooting. This year is shaping up  to be the worst year for US gun violence in decades , surpassing even last year’s unusually high numbers. A total of 14,516 people died from gun violence in the US from January 1 to September 15, marking a 9% increase over last year, according to the Gun Violence Archive. There have been 498 mass shootings during that period -- a 15% increase over last year."    When I was introduced to the NRA at age 11 it was about gun safety and shooting as a recreation and competitive sport. We learned how to use the guns safely, how to store them safely, and how to use them for hunting and sport shooting. The people who carried guns were
Post a Comment
Read more

So Much Is At Stake, For All Of Us. 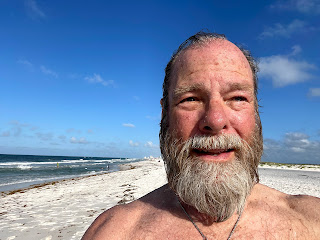 It has been a long time since I have posted. Unimaginable events have taken place, human caused and natural calamities, in abundance. A worldwide pandemic that spotlights the divide between the haves and have nots on a global scale. The world-wide effort of scientists and medical researchers, and most importantly the Pharma companies, to put out an extraordinary vaccine, gave hope and promise to be able to save lives.  Yet, here in the United States we have ignored the imperative to act as one nation and politicized and spread dis-information among our divided citizens to make our response to vaccination and prevention fall way short of the needed steps to get ahead of infections. This willful disregard on the part of some of our leaders to do what is the right thing and act as one in a life and death struggle has cost too many lives and puts at risk millions of people and especially our children, our future.  What can we do? The following is my wistful thinking... So. I am hoping th
Post a Comment
Read more

December 16, 2018
The Navy is doing another sweeping "high" level examination of training and education to address  Training and Education have always been the lesser career path with career-making billets aimed at Washington staff tours, aide duty, or graduate school for junior officers. The Navy Training and Education command has been shifted to lower echelon and is now a two-star command. As with our sister services, Training and Education should be headed by a four-star and he/she should be third in power and influence, behind CNO and VCNO, and exercise a heavy hammer with the fleet commanders and force commanders on training, readiness, and education programs targeted to meet and support and improve Fleet readiness and operational proficiency.  Fleet Training schoolhouses should be on the waterfront using classrooms and technology tailored to the ships and squadrons in each port of base of Fleet concentration. Using the availability of ships and squadrons and the experienced leadership
Post a Comment
Read more 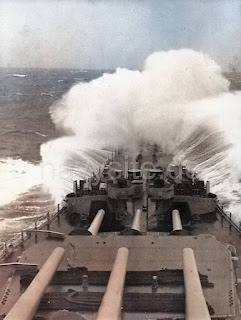 Tax Reform: Let’s all please pay attention and work hard to understand what they are proposing. If they do it in the dark without hearings and openness and verification of figures and clear statement of functions, we are going to be flimflammed big time. Tax Reform, what a subject and we are really in need of some ground truth. Let’s say, everyone who reports their pay through payroll, you know th e statement we get with our pay and withholding detailed. Taxes are withheld, Medicare/SS/Medicaid, etc. Okay, the government IRS has all that info and based on that can, and should be able to figure our individual taxes for 70% plus of wage earners who do not have deductions, just eligible for standard deduction, and even those with home loan interest could be factored without anyone filing or needing to use accountant. The IRS just bills you if you owe more than you withheld or sends you a rebate. This would eliminate the billions spent on our current filing system, time wasted fixing and
Post a Comment
Read more

Letter to My Congressman

September 29, 2017
Representative, literally or figuratively, serving the Nation's best interests Dear Congressman: You are my elected representative to Congress, the House of Representatives, and as such you are doing a good job of reporting your activities and seemingly complete alignment with President Trump's leadership, rhetoric, and have not commented on his twitter postings. You have enthusiastically supported all of the Republican initiatives and prepared some of your own bills. You are energetic and enthusiastic and work hard in being visible in the district. So far, so good.  What is not so good is that in supporting the GOP agenda you have supported very flawed and misleading legislative activities on Health Care and now are touting the Tax Reform agenda. All of these major undertakings being proposed with little detail, no open hearings, no debate on the pros and cons. The healthcare efforts were deplorable and handled with total indifference to the real harm the GOP proposals would
Post a Comment
Read more
More posts

Captain Jim and Green Flash Sightings
The Green Flash phenomena occurs at sunset in specific atmospheric conditions and one has to watch many sunsets and be looking for the green flash so it is rarely seen. Some would say you have to believe in it in order to see it. This blog is a record of "green flash sightings" during my life. Captain James Albert Hooper,IV USN (Ret) Surface Warfare Officer USNA - BS 1969; UWF - MPA 1996, MA History 2004